Sometimes you give up big-city pleasures to enjoy life by the sea. But here on a gracefully curving bay south of Tampa, there’s been no such sacrifice. The remarkable reality—and surprise—of Sarasota is the pairing of a thriving arts and culture scene with world-class beaches: a combination that’s made all the sweeter by the local, laid-back Gulf vibe.

Settled as a fishing village during the 1700s, this city (population 53,000) now sparkles with high-rise condos and midcentury-modern homes, a lively harbor, a hot restaurant scene, and a brand new architecture festival—Sarasota MOD. It also boasts resident opera, ballet, and theater companies and its own symphony orchestra. 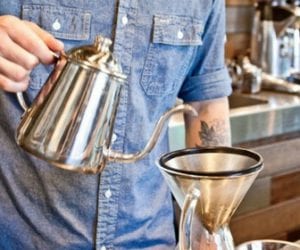 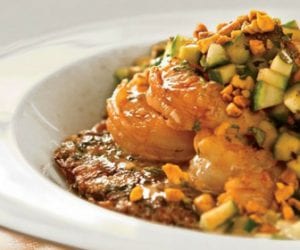 In addition to a bounty of performing arts, a school of art and design, and breath-taking botanical gardens, Sarasota is also home to the artistic legacy of one of its most colorful residents: circus impresario John Ringling. His former estate just north of downtown contains two world-class museums—the Ringling Museum of Art and the Ringling Circus Museum, with its 44,000-piece miniature circus model and other colorful ephemera. Also on the estate: 66 acres of garden shaded by banyan trees and dotted with classical statues, and Ca’ d’Zan (pictured here), Ringling’s Venetian-Gothic mansion that’s open for tours and opulence-inspired gasping.

It’s a quick and scenic drive (and a popular running and walking route) across the Ringling Bridge to Lido Key, part of the city and home to three beautiful public beaches. Lido Beach, a 3,000-foot strand of powdery white sand, has lifeguards and such conveniences as concessions, restrooms, and a pool. Undeveloped North Lido Beach, with its quiet, bleached sands and grassy dunes, is home to local and migrating shorebirds. South Lido Beach is part of a 100-acre property that touches four bodies of water: Sarasota Bay, the Gulf of Mexico, Big Pass, and Brushy Bayou. Just 15 minutes from downtown lies Siesta Key, with its shallow waters and epic expanse of bone-white, 99-percent-quartz sand, which stays cool even on the hottest sunny day. 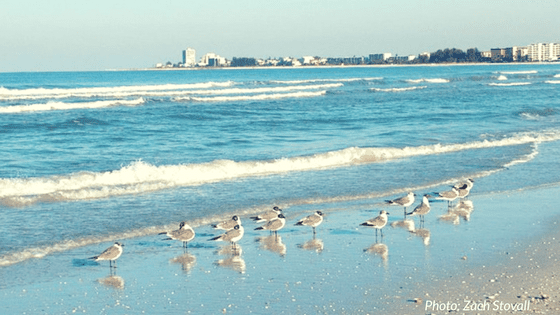 Where to Stay: Harbor

The perfect stay in the midst of Sarasota’s bustling downtown is at The Ritz-Carlton, Sarasota, where it’s an easy stroll to the yacht-filled harbor as well as dozens of great restaurants. The Jack Dusty Bar is a destination unto itself, with its team of great bartenders, artisan cocktails, and a stunning setting that opens out to an inner harbor.

Where to Stay: Gulf

For a Gulf Coast getaway still in town, scoot across the bridge to Longboat Key and check into The Resort at Longboat Key Club. The freshly updated spa offers customized aromatherapy massages that will do as much for your point of view as those Gulf vistas from your room. 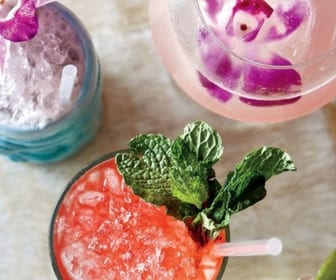 Where to Live: BLVD Sarasota

Located at the corner of Boulevard of the Arts and the Tamiami Trail is where you’ll find Sarasota’s newest most exciting address! BLVD Sarasota is a 49 story high-rise luxury condominium overlooking the stunning Sarasota Bay by day and dazzling city lights by night. From sunrise till long after sunsets, you’ll be immersed in the vibrant Downtown Sarasota, a haven of arts and culture, including world-class entertainment, museums, art galleries and restaurants. With only 49 luxury residences, a rooftop zero horizon pool, expansive entertainment sundeck, and wrap-around terraces to take advantage of Southwest Florida’s amazing all season weather, BLVD Sarasota will make every moment remarkable.